PEEK INTO THE PAST (PART 2)
19 June 2022
It was back in April 2022 when I came into possession of an old roll of film in an antique shop. I wrote a blog post about that film and all that went into developing it and the 3 amazing prints that resulted. A lot has happened since then and a follow up post needed to be written to complete the story. If you haven’t read the first instalment, you should do that HERE before going on.

The film had been developed and we have some very old photos that appeared to be around the 1930’s or 1940’s but there was little to go on. I posted them here on my web site and also on my Facebook page. It generated a lot of interest but nothing compared to what was about to happen. It was around this time that my good friend and fellow photographer Steve Bueckert came into the picture. We were chatting one day and Steve suggested, “We really need to try and find these people or at least get more information. What we need is bigger circulation”. Steve went on to tell me about a friend who was a Vancouver newspaper editor. We contacted Bob Kronbauer at Vancouver is Awesome, a publication that circulates news about happenings around the city. Bob instantly took an interest in the story and arranged for an interview with reporter Brendan Kergin. Brendan listened to the story, asked a lot of questions and gathered the pictures. Next thing that happened was that the story not only appeared in the newspaper but it appeared front page. The article invited readers to contact me by social media or my web site if they knew who these people were or could shed more light.

The story made the local news

The day the newspaper hit the streets, messages began to arrive. Some of the comments were nothing more than guesswork and a few that were less than helpful. There were also comments from people that identified aspects of the photos that we had not considered. We were even contacted by people who had some real knowledge of the time and offered valuable insights. Each day as new tips came in, Steve and I would discuss the information. We gradually started to assemble more information about the scene. Occasionally new information would add clarity that required us to toss previous assumptions. Here are a few of the things we learned along the way.

The old truck shown in a couple of the photos was common in British Columbia around the 1920’s-1930’s and was usually used in agriculture or logging and was especially common in farming on the south coast.

One of the young women in a photo is wearing a shirt that appears to bear and Flash Gordon graphic. Flash Gordon wasn’t released until the mid 1930’s

Based on the hundreds of tips that came in, we were pretty sure these photos had originated in the mid to late 1920’s, but we still didn’t know anything about the people or where.

One day I received a message that changed everything. A lady in Edmonton, named Pamela, said she was looking at the story in a local paper and instantly recognized the little toddler in a couple photos as being a childhood photo of her Grandmother. The little Toddler was her grandmother Lorraine who was born in 1924 and Pamela said her picture was unmistakable and a perfect match to others she had. To further confirm we had the right person, Pamela was able to identify all the other individuals in the photos including that of her Great Great Grandfather John Ivor Carlson and his wife Great Great Grandmother Jerti Carlson. She had been working on a family tree at the time the newspaper story came out and happened to have other photos of these very same people. They were all a match.

The first photo is John, Hjerdis, Jerti and Johnny with Lorraine on his lap. Pamela also went on to say that Johnny died in 1927,  probably a year after this photo was taken, at the age of 18 from diabetes and until now the family had no photos of him.  Pamela can’t say with absolute certainty that this is Johnny but he is little Lorraines uncle and given all the other family members in the photos, as well as a general description, it’s highly likely. Notice the old truck in the background. The bicycle tire in the foreground and the MJB can in the shadows behind Johns hat and the mystery shirt image worn by Hjerdis.

John and Lorraine. The old wringer washing machine from the 1920's in the background.

Thomas (Lorraines dad) with Lorraine on his knee.

We exchanged messages back and forth with Pamela for a few days, adding details as Pamela worked through her archive of old family photos and notations on the back of many. By now the article had appeared in 22 newspapers across Canada, USA and even UK. I resisted the urge to just tell everyone the mystery had been solved. We still had a piece of the puzzle that just didn’t fit. How could Hjerdis be wearing a Flash Gordon shirt for a movie that won’t be released for another ten years?

One day a message came in from a sports historian who specializes in Olympic memorabilia. He said “I know exactly where that shirt came from. It was released as part of the 1924 Winter Olympics in Chamonix France. It’s not Flash Gordon, it’s actually a graphic of a freestyle skater. With this, the last piece of the puzzle fell into place.

Steve and I were extremely excited, we couldn’t believe we had actually managed to identify these people. The last step was to deliver a set of original prints to Pamela in Edmonton. I thought I could just print them and ship to her in the mail. Steve said “Hey, I have a friend who is also a photographer in Edmonton who I’m sure will help us out!” Steve contacted Owen Law who eagerly offered to assist. We arranged to print the photos and mail them to Owen. Owen would then hand deliver the prints to Pamela, and shoot some photos of her receiving them.

While planning for the print delivery to Owen, I was contacted by Jay Durant, reporter and news anchor from Global News. Global is a major nationwide Canadian TV news service. Jay asked how the search was going and when I explained the findings, he said “We really need to do a story on this!” Within a mater of days I had Jay Durant, TV Cameras and lights occupying my home and even crammed into my darkroom. Jay interviewed me and asked me to explain the process of recovering the film. Sadly Steve was working and unable to be part of the Global interview. I regret that he wasn’t there because his role in this project was just as significant as my own. However Jay was able to arrange for a Global News camera crew from their Edmonton office to accompany Owen when he delivered the photos to Pamela. At one point I said to Jay, “I can’t believe Global is putting so much effort into this little story!". Jay quickly responded and said “Actually this will be the story people will remember the next day. There is so much bad news that people need to hear this". When the show aired the following week, it was positioned right at the end of the newscast, to end on a positive note.

This brings to a close, the story of the Verichrome Film. We started with an unknown roll of old film in an antique shop and not only recovered wonderful old photos, but put them back into the hands of the descendants where they belong. Moral of the story, never never never toss away an old roll of film. You never know what piece of history will be lost forever if you do!

I want to offer my personal thanks to the team that made this project possible. This includes Shari Sollows, my wife who was with me the day we found the film and whose tenacious enthusiasm for solving puzzles kept us motivated. Steve Bueckert who was the brains behind the news & social media aspects, and without whom this story would never have been seen by Pamela. Owen Law in Edmonton played a such a very important part when he eagerly volunteered his time and efforts facilitating the final hand over of prints to Pamela in person and being a liaison with the Edmonton Global TV crew. The last photos in the set are Owen and Pamela and the final one is Steve and Jim. Owen passed his camera to the Global cameraman and asked him to take the shot. It's a wonderful photo to end this story.

Here are a few photos capturing the day the prints were delivered to Pamela in Edmonton. 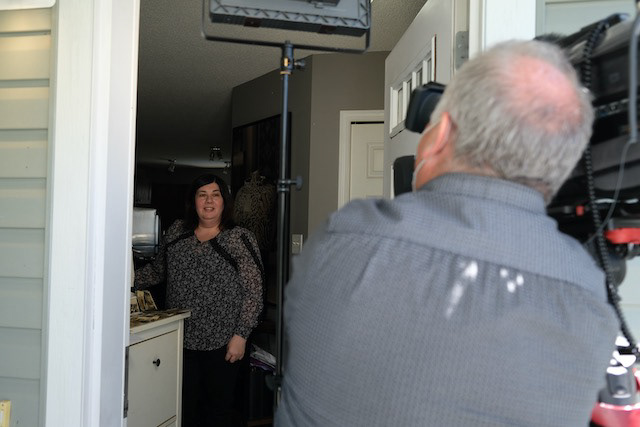 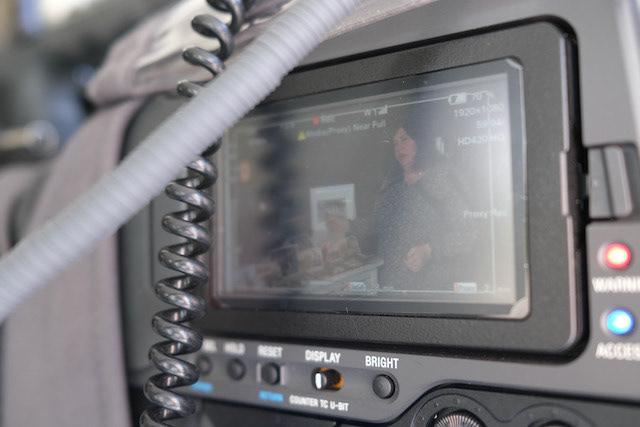 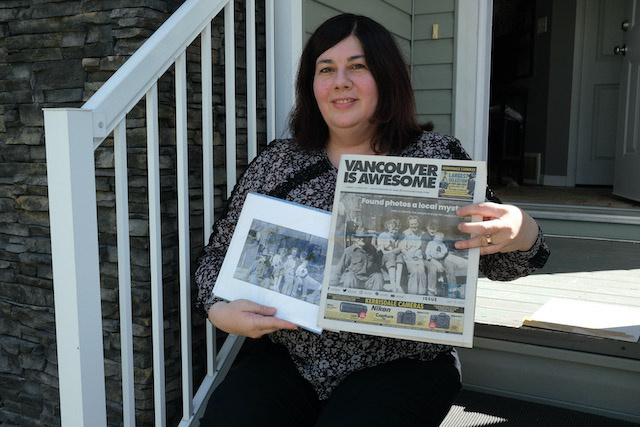 Pamela with newspaper and the photos we sent her 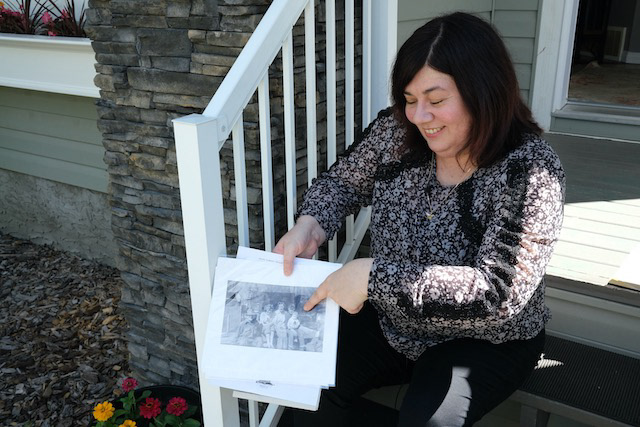 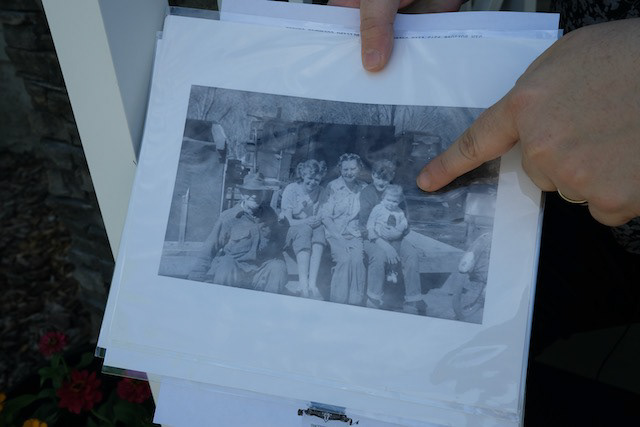 "This little toddler is my grandmother Lorraine" 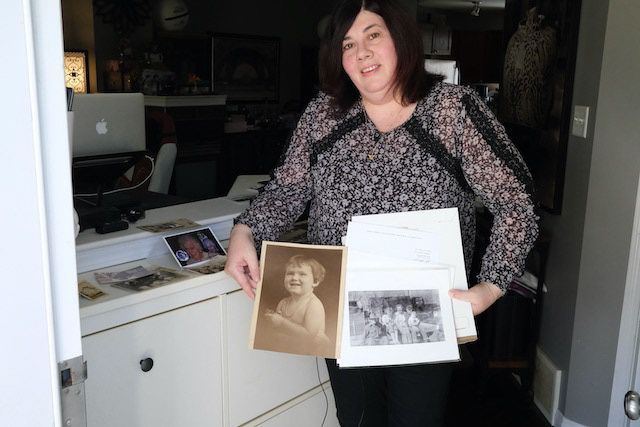 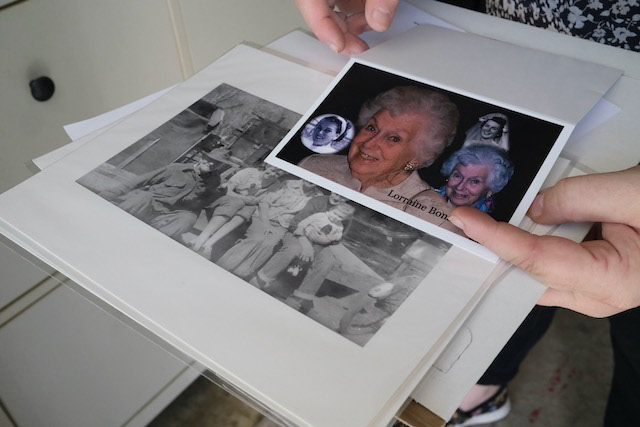 Lorraine in her 90's 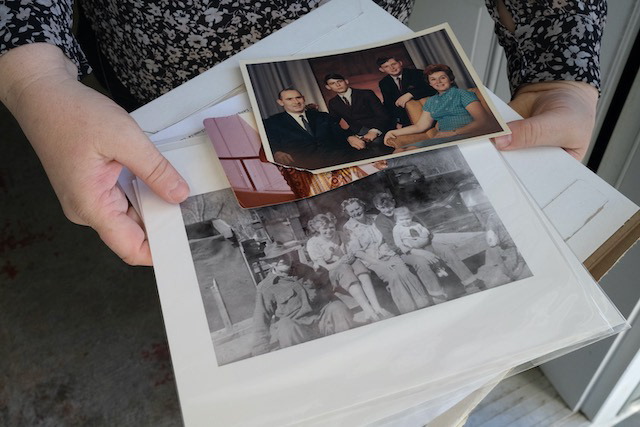 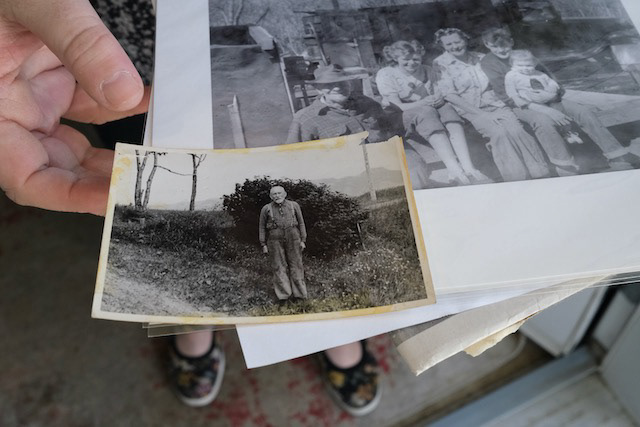 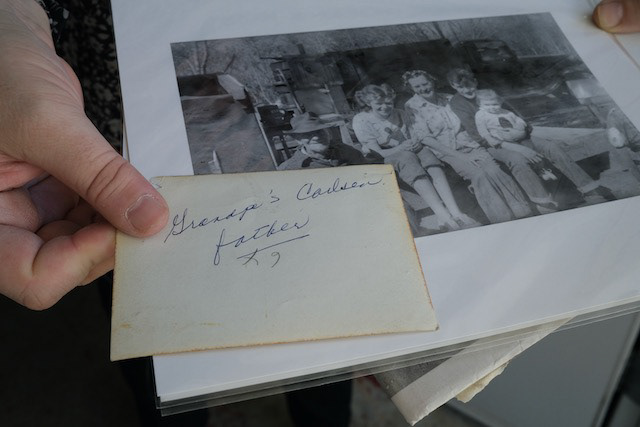 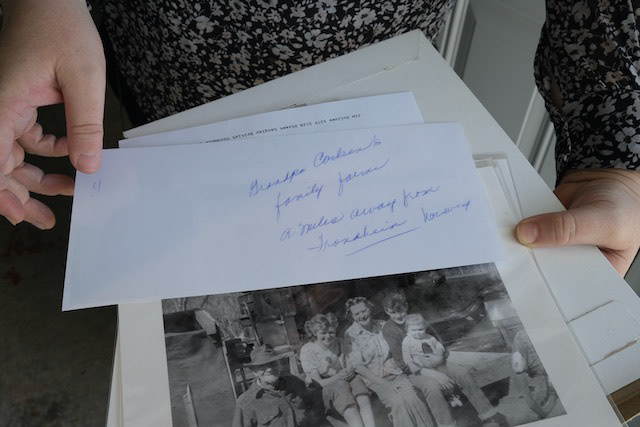 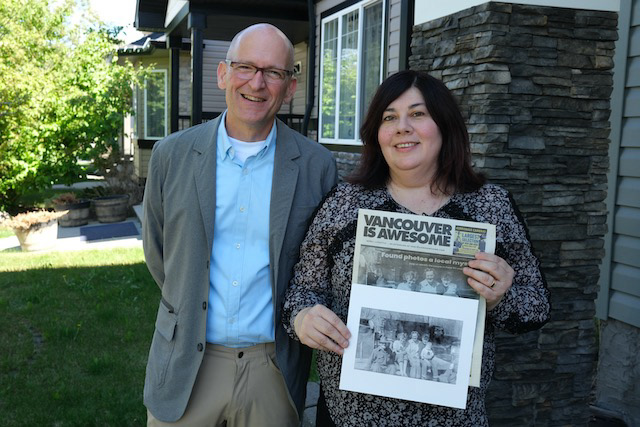 Me on the right and my partner on this project Steve Buekert who was the mastermind that made it possible to get this story out to the world!