ALEXANDRA LODGE
May 11 2022
I am working on a long term photo project called "Here Today, Gone Tomorrow". In this project I photograph historic buildings that are rapidly vanishing. The medium I use is large or medium format film which can capture incredible levels of detail. As a subject for this project, I've wanted to photograph the Fraser Canyon's Alexandra Lodge, which is an old, decaying hotel along the once busy highway through the Fraser Canyon.

Alexandra Lodge as it looks today. Captured on a Hasselblad 500cm with Ilford film

A lodge has been in operation at this location of the canyon since 1856 where it  serviced miners travelling to the gold fields. Wagon and mule trains would pause  at this spot, called Chapman's Bar, on the Fraser River. The lodge provided a rest  spot for man and pack animals as they made the arduous trek through the canyon. In later years, it serviced the motoring public as the Trans Canada Highway pushed through the canyon. In its’ heyday, the lodge was operated by the Barrett family, as an elegant establishment. The dining area featured white linen table cloths and an exclusive menu that featured Filet Mignon. Many dignitaries stayed at the lodge, including the King of Siam and his entourage in 1931. The lodge property also has a cemetery that is the resting place for people and families associated with the lodge.

In the late 1980's the new Coquihalla "super highway" had opened, offering a faster and more direct route for vehicles travelling to Vancouver. Traffic on old Highway 1 slowed to a trickle and so did business at the lodge, and in 1995 it was closed. Since that date, the  property has been badly neglected. The buildings have become home to bats and wildlife. The roof deteriorated and began to leak. Wooden timbers rotted and the interior was no longer habitable. Several attempts were made to get the province to formally recognize the lodge as a protected historic site. These attempts failed, sealing the fate of the once magnificent building.

Fortunately this isn't the end of the story. In October 2021, Shirley and Ken MacKinnon successfully purchased the lodge and surrounding land. Their intention is to restore the old building to it's former glory and re-open as a B&B, where guests can step back in time.  Shirley (below), graciously gave us a tour of the lodge.  The passion and optimism she has for the history of this property, was wonderfully evident, as she led us through the building and grounds. She explained her vision for different areas of the building and has a clear understanding of the work involved. In fact, the lodge couldn't be in better hands, as Ken has spent a career as a renovation contractor and Shirley is an artist. I can't imagine a better combination of skills to take on such a project.

Our host, Shirley McKinnon who kindly offered to show us around

I've included a selection of photos in this blog post. I encourage you, through social media links below, to follow Shirley and Ken on their adventure.
Abby News Story 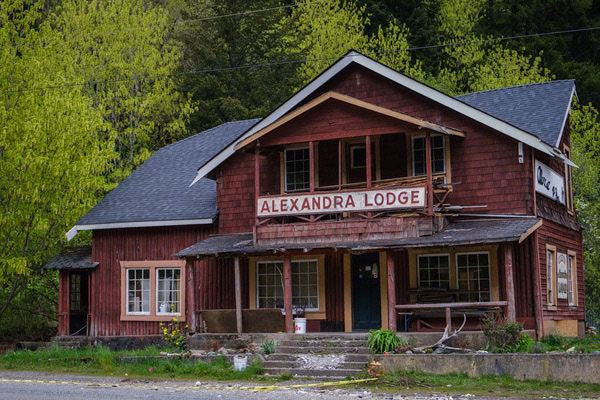 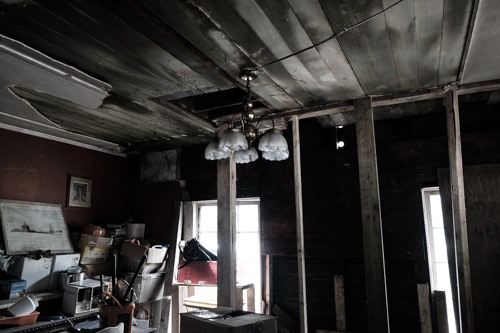 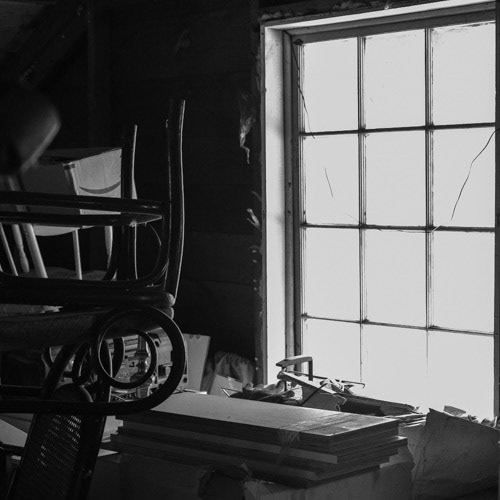 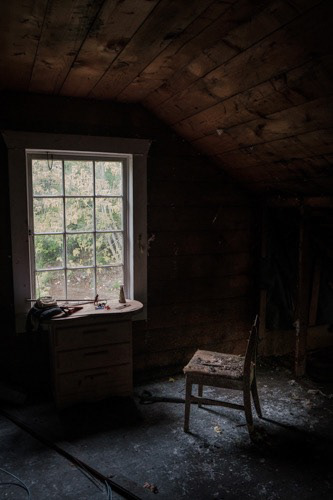 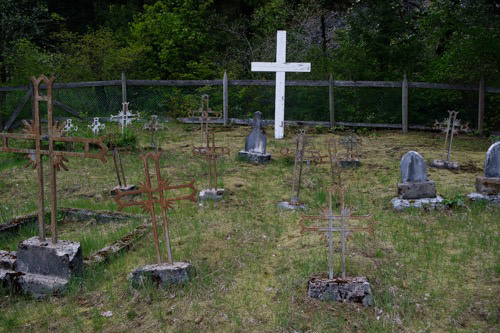 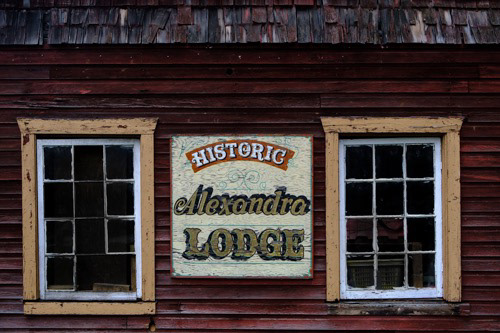